Two local artists are joining forces with words and music for a poetry reading with violin interludes on June 18th, Saturday at 1 pm. 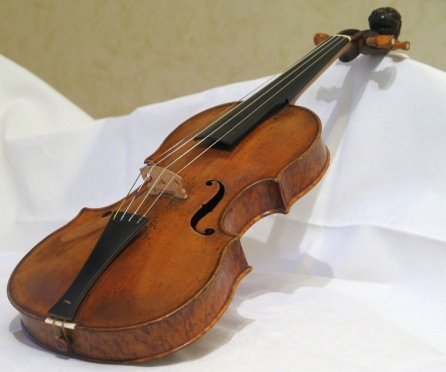 Gudrun Weeks, violinist and Lynn Martin, poet, will be reading in Marlboro at 355 Upper Dover Road in the barn of Edie Mas (second place on the left after leaving Higley Hill). Visitors are asked to bring a folding chair if they can or a cushion to sit on the floor.

Gudrun says, “We two met in the West Brattleboro Quaker Worship Group. We had fun together reading Lynn’s poetry and seeing what idea that set off in me for my choice of music and Lynn’s reaction to that. There is no close connection between the two, just enjoying the partnership. We asked a third Quaker, Edie Mas, to host the happening in her barn up in Marlboro. It feels like a supportive, complimentary relationship.”

Gudrun was formerly a Marlboro resident, having built a house on Lucier Road with Larry Gay, teacher at the college and their two children. She taught solfege there under Blanche Moyse and was part of the founding of the Brattleboro Music School. In the seventies she also played in the Vermont Symphony and its quartet, giving school concerts. In the sixties she helped to form the Eugene Symphony and was its concert mistress. Earlier she taught at Putney School and played in the Kansas City Philharmonic after a year in the National Training Orchestra in NYC. While at Sarah Lawrence College she studied under Dorothy DeLay and Robert Koff from Juilliard. Previously she spent a year in Munich at the Conservatory.

Lynn has lived in Brattleboro for many years. You can view her work on poetlynn.com <http://poetlynn.com>. She has three books of poetry: Visible Signs of Defiance, Talking to the Day and Birds of a Feather.

“Lynn comes to poetry from a working class background. Her verse contains a raw truthfulness uncontaminated by privilege. Lynn’s style compliments that of the state of Vermont: sharp lines, a tough backbone, and an aesthetic the quality of moss.” Meg Mott. Marlboro College