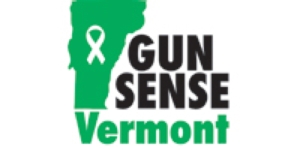 I can’t tell you how thrilled I am to tell you that the Senate Judiciary Committee PASSED a gun violence prevention bill out of committee BY A UNANIMOUS VOTE IN SUPPORT!

Gun violence prevention has been untouchable at the statehouse for decades, and this is proof that times have changed. It has been your grassroots action that has gotten this issue on the table, and now it is moving forward despite opposition from the gun lobby. This is HISTORIC!!

We have such incredible momentum coming out of this committee vote, and it’s up to us to make sure we keep moving forward. The bill will get a number next week (it’s not called S. 31), and the debate and floor vote could happen as early as Thursday or else the following week. We’ll need to have supportive calls flooding into the statehouse for that, and since the gun lobby will likely do another robo-call to generate activity, we need to do the grassroots equivalent: a massive phone tree to call other supporters asking them to call their senators. To prepare for this, folks are coming together at locations all across the state this weekend to start making phone calls. If you haven’t yet signed up to help, contact Elissa, and she’ll put you in touch with the phone bank organizer in your area.

Our voices are making a huge difference, and we must continue to ensure that the call for common sense comes through loud and clear.

Together we are DOING this!!
Ann

P.S. Here is the first news report out about the bill, and I’m sure others will be coming out shortly.